How Time-Travel Led Me to Distributed Proofreaders 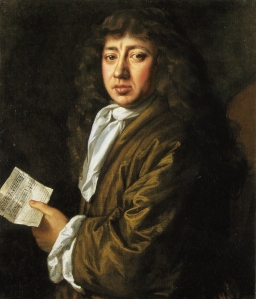 Over the years I’ve travelled in time again and again.

Through the letters of Abigail and John Adams, I’ve lived through the start of the American Revolutionary War, 18th-century smallpox vaccinations, travel abroad, and the early days of a new republic. The originally unpublished diaries of Mary Boykin Chesnut took me to the start of the U.S. Civil War. I sat with her and her friends waiting breathlessly for news from the Battle of Fort Sumter where their husbands and brothers fought. The diary of John Evelyn took me to the Sun King’s court and to England in the time of Charles II. I cried with him over the early death of his two young sons. And my mother’s diary from the year she turned 17 took me to the early days of World War II in Western Canada — full of accounts of boy-friends, dances, factory work, and friends going off to war (I can still remember my mother’s “You read my diary?! — Give it back!!”).

The time travel that has enthralled me most was nine years in 17th-century England with a young man so full of life and so involved in the events of his time.

I had wanted to read the diaries of Samuel Pepys for many years, when I found an abridged version in a local bookstore. It didn’t take me long to realize that there was little of interest there — no more than a collection of “he was really there” names and events. Then I found the Project Gutenberg version of the full nine years of the diary (although, the edition on which it was based having been published in 1893, it had a few ellipses to hide the most racy bits, which I soon found out how to track down elsewhere).

The Project Gutenberg version opened up a whole new world to me — the world of a young man in his 20s celebrating Christmas openly after the puritanism of the Cromwell years, travelling with the court to return the rightful king to England, and obtaining a new and interesting job through the influence of highly-placed friends. It took me years to live through the diaries, reading slowly night by night and heading off to bed myself with his “And so to bed” which ended so many of his daily entries.

I lived through a young man’s excesses in his nightly drinking with his friends and his delight in learning about the “hair of the dog,” until his reluctant decision to lead a more sober life. I experienced his joy at playing musical instruments, and all the details of his many house-decorating forays. With him, I casually passed by the bonfires of Guy Fawkes Day celebrations and experienced the terror and excitement of “shooting the bridge” by riding out the torrent of Thames tidewater under London Bridge with the ferrymen. I lived through the plague as it decimated London, leaving the streets silent and empty as more and more deaths were recorded each day, and was terrified anew by the great fire of London and the drama of the king and his brother working tirelessly with the citizens to save the city. And there was the time when everybody feared imminent invasion by the Dutch and I went with Pepys to hide his valuables. He was upset that one bag of buried coins could not be found. And of course, there were his constant infidelities, described in detail despite the ever-present ellipses.

How did the adventures and infidelities of this young man lead me to Distributed Proofreaders? After a few years of downloading and reading the Pepys diaries that had been prepared for Project Gutenberg by David Widger, I felt guilty. I’d had such a lovely time in 17th-century England that it seemed wrong for me not to repay in some way. By joining Distributed Proofreaders, I discovered a way to help create e-books that other people could download and enjoy.

I hope that some of the books I have helped prepare have given readers as much joy as the Pepys diaries have given me, and that you’ll consider joining the time-travellers at Distributed Proofreaders on our journeys into the past.

This post was contributed by Linda Hamilton, General Manager of Distributed Proofreaders.