Castes and Tribes of Southern India by Edgar Thurston 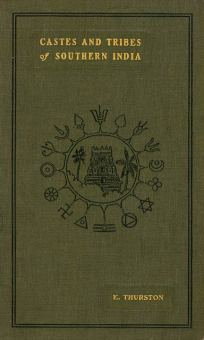 Back in 1995-96, I lived in India for about one and a half years, with the initial idea of making a number of multimedia productions on Indian art, culture, and history, but ended up mostly working on Indian language dictionary databases….

One of the sources I encountered in India was the various multi-volume sets entitled “Castes and Tribes of…” for various regions, such as the Central Provinces, Bengal, The Punjab, and, one of the biggest sets, the seven volume work covering Southern India. All these books were put together at the behest of the British Government by officials and their Indian assistants in the late nineteenth and early twentieth century. There are even several volumes on “Criminal Tribes”. These sets describe, in its entire intricate detail, the mind-baffling complexity of Indian society a hundred years ago. A society that has been quickly changing and has already lost much of this complexity—sometimes for the better, but sometimes not—and is today changing at an even faster rate, losing much of its colourful diversity in the process.

For one of the multimedia productions, I proposed to digitize the entire set, and produce a CD “Castes and Tribes of India”, to make this massive piece of work available again. The project never made it. 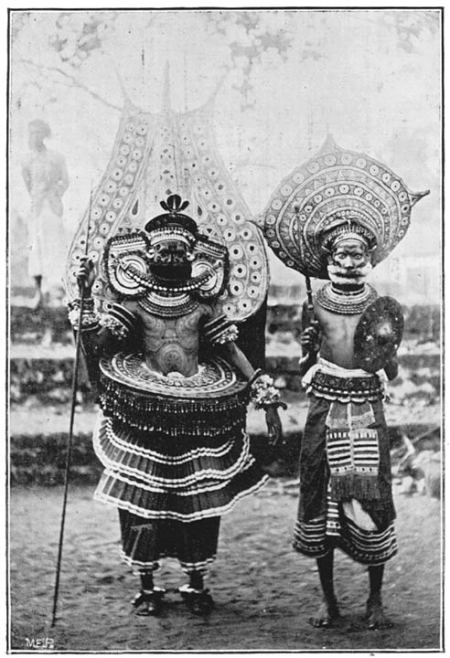 The books are of an encyclopedic nature. After a relatively short general introduction, they treat the castes and tribes in alphabetical order, in articles, that can sometimes just encompass a single paragraph, but sometimes as long enough to fill a monograph. For the time, many of these volumes are lavishly illustrated with photographs (The original set on the Central Provinces even used collotypes, a costly raster-free reproduction technique that preserves the sharpness and details of the original photographs). As the articles are written by various people, and often based on older publications or articles, the quality and scope of the articles varies somewhat, but in general, they give an interesting oversight of each caste or tribe described. Since the terms “caste” and “tribe” are used liberally, you can also find very interesting articles in those books on for example Anglo-Indians, Mar Thoma Christians, and Cochin Jews, and groups living in almost stone-age conditions such as the Irula, as well as the highly secluded Nambudiri Brahmins.

A few years after my return to Holland, in 1998, I managed to purchase an original 1909 copy of Thurston’s 7-volume set on Southern India, as well as reprints of many of the other sets, for digitization and inclusion in Project Gutenberg. At that time, I started scanning these volumes, but just as quickly stopped doing so, as I found out that the scanning would damage the costly volumes, and put the project on hold. I did continue with the (less costly) 4-volume facsimile reprint on the Central Provinces. Several years later, I purchased a scanner that would cause less damage to the books, and continued scanning, and shortly afterwards discovered that the scans were being added to the Internet Archive collection, so I no longer needed to scan the remaining volumes (except for a few missing pages). Anyway, starting from 2006, the projects appeared on the Distributed Proofreading site, slowly but steadily making their moves through the rounds, until, finally, the last volume left the rounds in 2011, and the huge task of post-processing this work started, which was complicated, due to the many words with accents, and the numerous tables in the books. Finally, on 21 June 2013, the entire set got posted on Project Gutenberg.

Almost 18 years after first envisioning this project, and 15 years after starting work on it, one of the biggest projects I’ve worked on for Project Gutenberg has come to a close. If somebody is interested, the original volumes are for sale (they won’t be cheap though). For the time being, I will leave the remaining sets to be picked up by other volunteers.

The 7 volumes of  Castes and Tribes and of Southern India are available here: I, II, III, IV, V, VI, VII.

The 4 volumes of The Tribes and Castes of the Central Provinces of India are available here: I, II, III, VI.

This entry was posted on Wednesday, April 23rd, 2014 at 12:01 am and is filed under Book Review, Project Gutenberg, Volunteers' Stories. You can follow any responses to this entry through the RSS 2.0 feed. You can leave a response, or trackback from your own site.